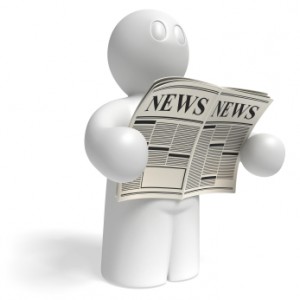 Here are some recent alcohol news  articles from around the world. They illustrate the growing health risks due to alcohol consumption. Alcotox can play an important and significant role in reducing some of those risks.

The government’s alcohol strategy is too concerned with public order rather than the impact on health of alcohol misuse, which is “more insidious and pervasive,” MPs warn today.

The annual death toll from alcohol-related conditions is more than three times that of road traffic accidents, and costs the NHS up to 3% of its annual budget. Read more….

Bottles of beer, wine and spirits should carry cigarette-style graphic health warnings to make clear that alcohol is linked to cancer, infertility and violence, doctors are urging.

The UK Faculty of Public Health (FPH) says harmful drinking has become so common that “no nonsense” warnings displayed in a prominent place on alcohol products are needed to overcome widespread public ignorance about the dozens of medical conditions excessive consumption can cause. Read more….

Should women stop drinking alcohol altogether? Not quite, but maybe they should stop after that first drink.

A new study by the National Cancer Institute of 1,900 post-menopausal women found that consuming seven to 14 alcoholic drinks per week — in other words, one or two a day — carries a 30 percent to 60 percent increase in breast cancer risk. Most interesting, it was found that these women developed the most common type of breast cancer called “estrogen and progesterone hormone receptor positive” cancer. In comparison to other types of breast cancer, fewer women die from this type. According to Isaacs, “no more than one drink a day is safe”. Read more….

Adults aged 45 and over are more than three times as likely to drink alcohol almost every day than those under 45. Campaigners believe that is a sign that the middle aged are ignoring the serious health risks associated with excessive drinking. The age disparity is most pronounced among women. Those aged 65 and over are 12 times more likely than those aged between 16 and 24 to drink on a near-daily basis.

The 2010 General Lifestyle Survey, which was completed by more than 13,000 people across Britain, covers topics including drinking, smoking and general health.Its findings also showed that people aged between 45 and 64 typically consume more alcohol per week than any other age group.  Read more….

Professional classes are now the most frequent drinkers in the UK
Panorama, 20 Feb 2012

To read the headlines about Britain’s drink problem, you might think it is largely an issue of teenage binge-drinking in town centres up and down the country. You would be very wrong. Young people drinking too much is a problem. But it is not the biggest drink problem Britain faces. The real problem comes in the form of our hidden alcoholics. The Office for National Statistics tells us that the professional classes are now the most frequent drinkers in the country and that 41% of professional men drink more than the recommended daily limit of three to four units at least once a week. Women are also drinking much more than they used to, with alcoholic liver disease now split evenly between the sexes.  Read more….

Former Royal College of Physicians chief among those predicting up to 210,000 avoidable deaths in next 20 years. More than 200,000 people could die early from alcohol related diseases, accidents and violence over the next 20 years, leading doctors have warned. Experts including Prof Sir Ian Gilmore, former president of the Royal College of Physicians, made the prediction in the medical journal the Lancet that there could be 210,000 avoidable deaths in the next two decades if current trends continue.

Recent figures show that nearly 9,000 people die each year in the UK from alcohol-related diseases. Perhaps more alarmingly, liver disease in general is the only major cause of death in Britain that is on the rise, year after year – claiming 100 lives every week – whereas mortality for all the smoking diseases is falling dramatically. Also, the figures, for England and Wales, suggest 70,000 of the deaths could be from liver disease and the rest from accidents, violence and chronic illnesses such as high blood pressure, stroke, heart disease, breast cancer and cancer of the gastrointestinal tract.  Read More….

Regularly drinking two large glasses of wine or two strong pints of beer a day triples the risk of developing mouth cancer, a new Government campaign will say.The adverts aim to show that drinking just over the recommended daily limit for alcohol increases the risk of serious health problems.

Dr Mike Knapton, associate medical director at the British Heart Foundation, said: “An estimated 10 million Brits drink more than the recommended limits for alcohol, which puts one in five of us at increased risk of heart disease, stroke, high blood pressure and weight gain. There’s absolutely no reason why we can’t all enjoy our favourite tipple in moderation, but don’t underestimate the health risks when one glass becomes two or three on a regular basis.”

Sarah Lyness, executive director of policy and information at Cancer Research UK, said: “The risk of cancer starts to go up even at quite low levels of drinking, but the more people cut back on alcohol, the more they can reduce the risk.” Read More….

Hospital admissions for alcoholic liver disease among people in their early-30s in north-east England have increased by more than 400% over eight years. It compares with the national rise of 61% and is described by local liver specialists as an “epidemic”. The figures were produced by health campaign group Balance, whose  figures found 189 hospital admissions for 30 to 34-year-olds in 2010, compared with 37 in 2002.

The organisation also highlights hospital admissions among people in their 20s and in their teens.Newcastle University and Newcastle Hospitals liver specialist Dr Chris Record said: “Only a few years ago alcoholic liver disease was very unusual in this age group and, unless our drinking habits change, the problem is only set to worsen  Read more….

What damage does alcohol do to our bodies ?
BBC News Health, 2 October 2011

We know that drinking too much alcohol is bad for us. It gives us hangovers, makes us feel tired and does little for our appearance – and that is just the morning afterwards.Long term, it increases the risk of developing a long list of health conditions including breast cancer, oral cancers, heart disease, strokes and cirrhosis of the liver.

The direct link between alcohol and the liver is well understood – however drinking more than three drinks a day has been found to have a direct and damaging effect on the heart. Heavy drinking, particularly over time, can lead to high blood pressure, alcoholic cardiomyopathy, congestive heart failure and stroke. Heavy drinking also puts more fat into the circulation of the body.

Th link between alcohol and cancer is well established, says Cancer Research UK. A study published in the BMJ this year estimated that alcohol consumption causes at least 13,000 cancer cases in the UK each year – about 9,000 cases in men and 4,000 in women. Cancer experts say that for every additional 10g per day of alcohol drunk, the risk of breast cancer increases by approximately 7-12%.

Why alcohol has this negative effect on all elements of our health could be down to acetaldehyde – the product alcohol is broken down into in the body. Acetaldehyde is toxic and has been shown to damage DNA. Read more….

Estimates based on the latest alcohol-related harm statistics released from the UK’s Office of National Statistics, show that there were 6,317 alcohol-related liver deaths in 2010, slightly up from 2009. Based on this data, researchers calculated the future toll of drinking and estimated that there could be up to 210,000 preventable alcohol-related deaths over the course of the next 20 years.

In 2011 The Lancet published an article containing projections of alcohol-related liver deaths in England and Wales, and now doctors have published updated projections of the number of drink-related liver deaths expected to occur over the next 20 years. These latest projections were made using alcohol-related harm statistics released by the UK’s Office of National Statistics (ONS) in January 2012. The article was written by experts from University Hospital Southampton, the University of Liverpool and Nottingham University Hospital. Read More….

Oral cancer affects around 4,600 people in the UK per year and the disease is more common in Scotland. It is a highly lethal disease and five year survival is around 50 per cent. At least three people die of or with oral cancer every day in the UK. Through study of a group of alcohol misusers the researchers have found that a break down product of alcohol – acetaldehyde can be detected in oral mucosal cells, and thereby provide a marker for alcohol metabolism.

During alcohol ingestion acetaldehyde appears to react with proteins in the mouth to form rigid bonds with amino acids, otherwise known as adducts. This reaction interferes with both protein structure and function irreversibly. As a result the immune system recognises these adducts/bonds as foreign and fires off an inflammatory response.

In such cases, Acetaldehyde may also bind to DNA and blocks DNA repair machinery thereby triggering mutations and instigating cancers. A further combination of both tobacco and alcohol increase the dangers of acetaldehyde, and thereby the risk of cancer.  Read More….